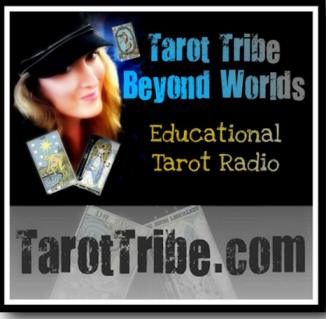 Contacting the Dead Through Tarot

On August 8, 2010, Beyond Worlds, Your Tarot Tribe featured a season finale show

about contacting the Dead through tarot &  oracle cards.

That show can be heard HERE.

Below is the hand-out to that episode.

Special thanks to Angelo Nasios for creating the beautiful graphic! www.AngeloNasios.com.

(by Mike Hernandez of www.JustEnoughTarot.com)

Top 4 in the diamond identify the person and their characteristics. 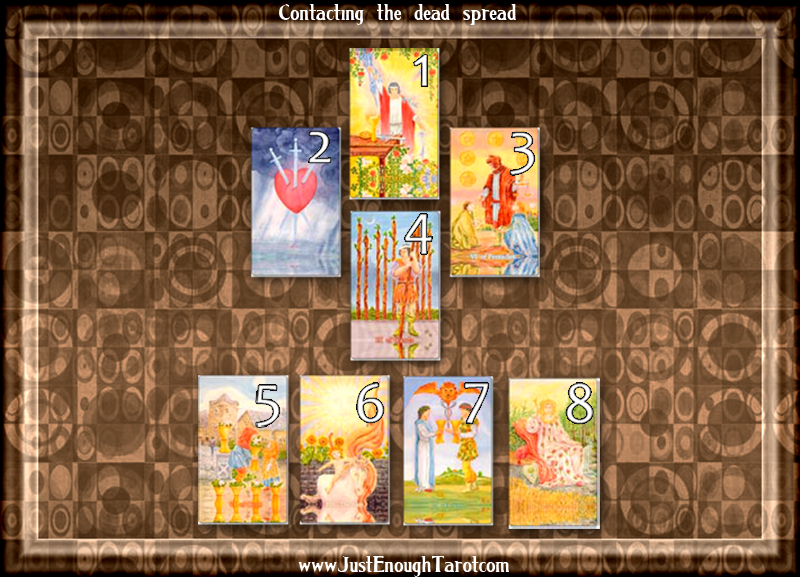 The bottom 4 cards give the story of the message the passed loved one is sending. 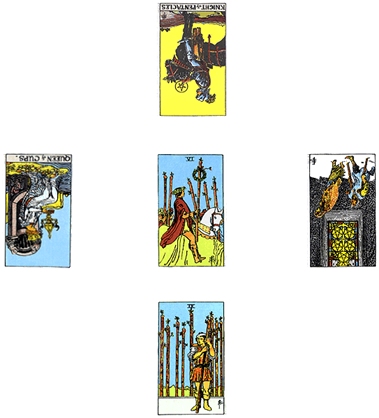 the issue/ the topic of the the deceased person’s message.

·  Three cards in the middle –

the message the deceased wants to give to sitter

the action that the deceased suggests the sitter take at this time.

A friend of mine recently told me that an old, deceased friend of hers named Patty has been coming to her in her dreams the last few weeks. My friend says Patty seems to want to convey some message to her, but she doesn’t know what it could be.

My friend asked if I could help her, so I decided to try to determine just what message Patty is trying to convey to my friend.

In this case, my guides told me to use five cards laid out in the order you see in the illustration above. There are no specific position descriptions per se, but here is what they mean in general.

·  Top card – indicates the issue that is the topic of Patty’s message.

·  Three cards in the middle – indicate the message Patty wants to give to my friend.

·  Bottom card – indicates the action that Patty says my friend should take at this time.

Here’s Patty’s message to my friend as relayed by the cards.

“Patty knows you’re concerned and worried about your financial situation and your feeling that things aren’t progressing as you had hoped. She wants you to know that things will be just fine and that you won’t have to worry about being in the poor house anymore. The main thing you must do just now is be patient. Although you might feel like you’re making your last stand, you must be patient in order to let the Universe uncover the correct path to success for you.”

Here’s how the story unfolded for me as I looked at the cards.