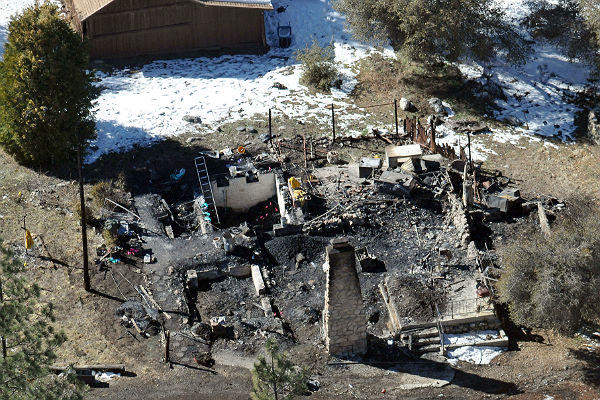 The charred log cabin of alleged cop killer Christopher Dorner has left a few questions. Did he start the fire? Or did the authorities?

Here is a recent news article on the current knowledge of the situation.

Police have confirmed they started the blaze that engulfed Chris Dorner's cabin but said the use of pyrotechnic canisters had not been intended to cause a fire.

"It was not on purpose. We didn't intentionally burn down that cabin to get Mr Dorner out," John McMahon, a spokesperson for San Bernardino sheriff's department, told a news conference on Wednesday night

Swat teams lobbed traditional teargas canisters into the cabin but as Dorner kept firing they switched to pyrotechnic ones. "It does generate a lot of heat. We introduced those canisters into the residence and a fire erupted," said McMahon. Such devices were called burners, he said.

The spokesman's insistence that the blaze was not intentional appeared to be put in question by an exchange between deputies at the scene during the scene. The exchange was heard on a police scanner and published by the journalist Max Blumenthal.

So I asked the Lenormand whether Dorner started it or whether the authorities did.

When I did  one row of 5 cards, the following cards emerged from the  randomly drawn French Cartomancy Lenormand deck (borders removed).

These cards look quite innocent, and suggest the police are grounded (Tree) in protecting (bear) their friends (Dog), and that the secret (Book) to this is positive (Bouquet).

Let's add a second row and watch how the cards further interact and see whether there were any hidden agendas we might not find out happened. 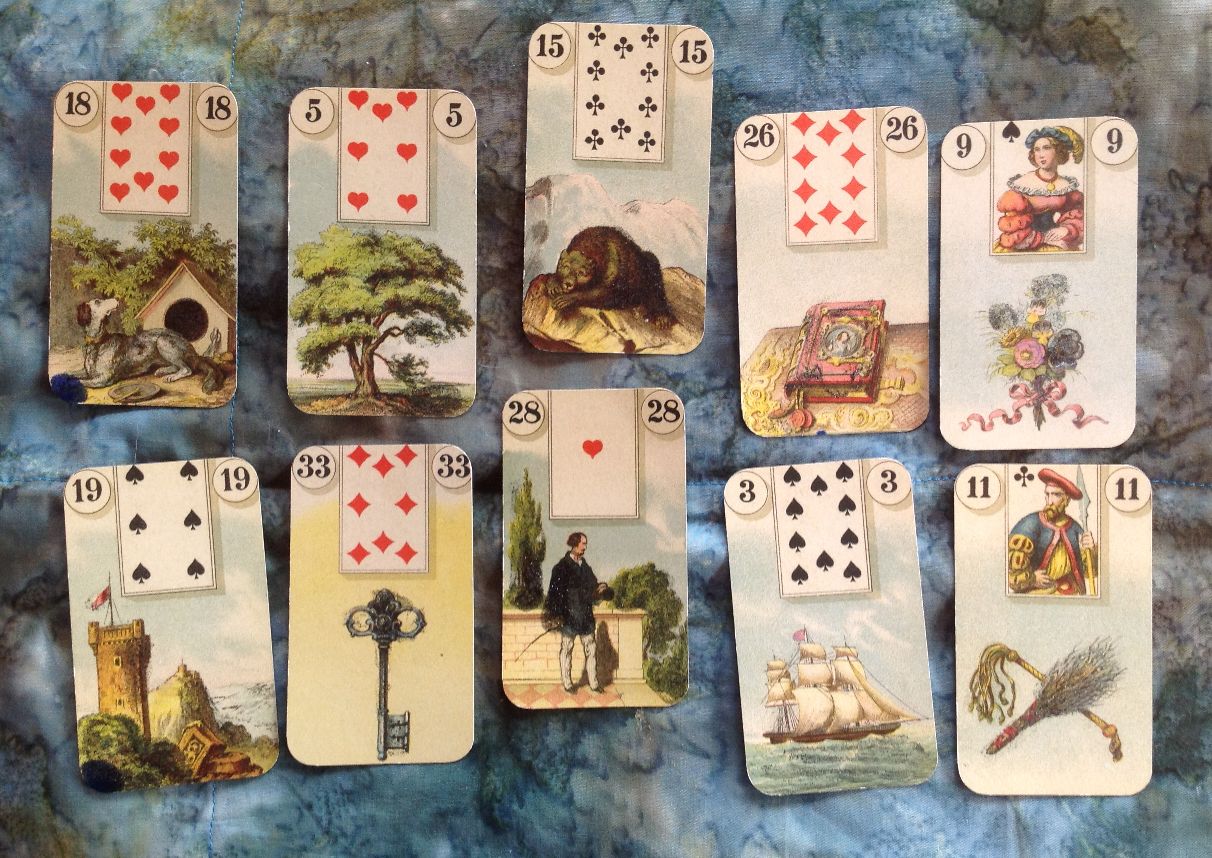 Dog/Tower - friends within the police institution

Bear/Man - Police authorities were protecting, bear indicates use of power and can even be how one manages, an authority.

Book/Ship- this is like the throwing in of the pyrotechnics....to move him out. It shows movement, secret tactics, but the Ship indicates this is not about death but of motion.

Bouquet/Broom-Whip - Putting a "gift" in, but a sharp one, in order to flush him out or sweep him out of the house. Because the Bouquet is shown here, it suggests good intentions. The book beside flowers seems to be showing following the tactics of the secret rules of the (Bear) authorities.

If we look at other cards that mirror or interact:

Key/Ship- the purpose was to move  him out (no coffin here, so it wasn't intended to kill).

Tree/Book - longstanding secrets of the force (Tower and Bear)

Dog and Tower together suggesting the police force, along wtih the Bear, suggest that there was tremendous comradery, loyalty and teamwork here within the system.

The corner cards: Dog/Bouquet/Broom/Tower - Talented comrades flush him out in the way of the institution.

So the Lenormand does agree that this was well-intended, and it was supposed to flush Dorner out of the cabin and was not intended to burn/kill him.  As we learned later, he did die of a self-inflicted gun shot to the head, so ultimately, the fire wasn't the means of his death. But this suggests the police started the fire but didn't intend a deadly fire, just a means of getting Dorner out of the cabin.

For more lessons and free podcasts on learning the Lenormand