Kensho & the Voice of Tarot 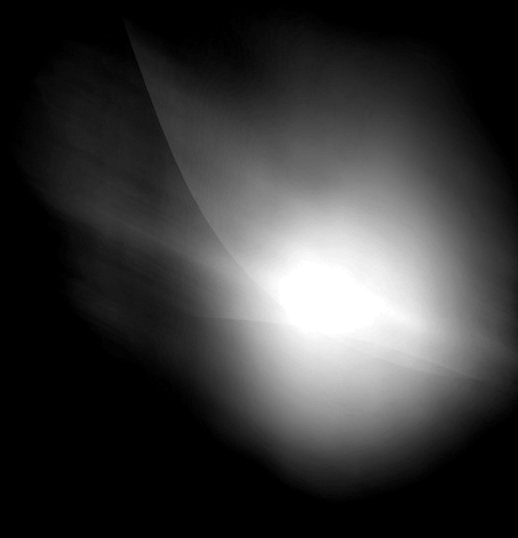 Come forth into the light of things,

let nature be your teacher.

Tonight I started reading the the powerful book, Life After Death. The story is the autobiography by the now-adult Damien Echols. As a teenager in 1993, Damien—along  with Jason Baldwin, and Jessie Misskelley, Jr.—was wrongly accused and arrested for the murders of three eight-year-old boys in Arkansas. Their trial was flawed with tampered evidence, false testimonies, and public hysteria. Damien and the accused boys have come to be known as the "West Memphis Three."

At the start of his book, Damien speaks of his time in prison, and how he discovered peace and sustained himself through Zen meditation. His spiritual journey was guided by an interesting and eccentric Zen Master. Through this training, Damien sought the elusive state of Kenshō.

Ken means "seeing," and shō means "nature," or "essence." Kenshō is an initial insight or awakening, but not full Buddhahood. It is to be followed by further training to deepen this insight, and learn to express it in daily life. The term kenshō is often used interchangeably with satori, which means "comprehension; understanding." (Wikipedia)

The Closest I've Come to Kenshō

The closest I have ever come to Kenshō was in a recent meditation journey that tarotist and teacher Eva Yaa Asantewaa opened up for me at Diane Brandt Wilkes' Tarot Conclave earlier this month. In her presentation, Eva challenged us to learn more about the "Voice of Tarot" and its origin.

Eva guided us through 3 layers of ourselves, and as I peeled away the layers I learned about that voice's core essence, and it was the most profound, enlightening, peaceful and deeply spiritual answer I've ever received. Because I also learned what was at the core of life itself.

As Eva led us through the meditation, she allowed us beautiful, gaping, gulping moments of silence where we were able to sink into our meditations and see/hear/learn within ourselves, an individual journey each of us wandered through and within on our own.

1) We were first asked by Eva to see ourselves as others see us. This is an intereresting and awkward concept to try, as we typically only feel/see ourselves from the inside-out. It's even a bit unsettling to see ourselves in pictures or videos, from the other perspective. It felt strange, and it made me wonder how others do perceive me as a physical presence as well as how they perceive my energy.

2) Next, we were asked to go past that layer, beyond it, behind it, to a layer deeper. What is our personal energy? The one that cannot be seen as much as felt.

I saw red energy light, movement, very active, lines of fire and energy movement and passion, much like the light a torch would leave if it were swooshed through the darkness, zipping up and down and around, like a child with a fiery sparkler. Lots of movement was evident in these red-orange, wide streaks of moving light and fire. It felt like caffeine. Activity, action, excitement.

3) We were then asked to go beyond that, one more layer, to sink beyond to the deeper depths within, yet another layer within. Behind our personality. What lies there? What is that essence that is, other than what we feel our personality may be?

And I felt myself brought to a silent, dark place of profound stillness. This was a great contrast to the fiery movement I experiened in my personality.

A wide, still, bright light hovered. It was solid white. Very bright. Pure. It didn't move whatsoever, and yet it was profoundly alive. It wasn't hot. Not a single movement came from it, yet I felt life and livingness and invisible movement somehow within the stillness. Not a single flicker, not a change in the glow, yet it had a strong presesnce with animation.

The light appeared bright at the center and faded dimmer at the edges; all around it existed just simple black space.  The still, still light was alive, wise, ancient, and it held many things. What was its size? It had no definable size. It was all sizes at one time.  It was the size of a soul, the size of an atom, the size of a universe, it was every size. It was both individual and plural  Everything was within it; it was every single thing that seemed separate, and yet they were never separate. The things within it could not be seen in it as much as felt. Life, time, people, animals, trees, stars, it was all embodied within the space, yet all felt free within it.

In that stillness, I suddenly knew what Oneness meant, the still and constant light of all-loving, all-knowing, "all-is-right"...something I saw with profound clarity but can't quite find the right language to describe. The individuals within were part of the whole, and yet they were each in themselves whole as well, holograms of the larger existence. I can still see and FEEL that light and the sense of both alarm/understanding/profound love and calmness  when I discovered it (yes, I felt a jolt and calmness at the same time, because once i saw, I understood, but was also profoundly impacted and surprised by the experience). The emotional sensation was overwhelming.

The light had a low hum/noise, a very knowing sound, and yet at the same time it was silence, a constant. The light was everything.  It was "all time," it was "all space," it was "all things living," and I found that everything was alive in it; even the rocks were alive in that light with their energy of movement. The sky and the space between were alive. It was a vibration of love-essence that enveloped everything in it, and all that existed was in it.

Seeing the light's simplicity-and-complexity-all-at-once, I realized the Voice of Tarot is that Universal light, the essence of love, wisdom, infinite experience, all time, all space. It is something deeper than personality; it is the very voice of Life-energy as anyone has ever experienced it, yet without judgment or agenda. It is conscience, but at a different level than we understand "conscience." It is not guilt...it is love and a loving and knowing, a guiding pull that embodies "rightness of energy" or pointing toward love. It could be "God-ness" or "Spirit," if that is how one defines that core energy of existence. I got no name from it; just a protective, calm, loving, all-encompasing energy of acceptance and love and belonging-ness.

It was a being and yet it wasn't. It was more of a connecting energy of love, a pull of all that existed toward each other, and a very comforting, safe, sensation of peaceful rightness despite any chaos.

When I popped back into the room, suddenly out of my meditation, I took a look around the room at the other meditators and our space. I realized the physical nature of myself once again, the personality felt within myself, and the earthly body of Self that fools us into identifying with separateness.

But I was changed. I knew. Now I knew.

As the expression goes, "I've seen the light!"

I find it ironic that I learned later about the actual word and concept of  "Kenshō" through Damien. His book is titled Life After Death, and when I saw that light, I also realized that this is likely the same powerful light-love-essence that many describe in Near Death Experiences, and I understood how people are at a loss for words as how to explain it.

Thank you, Eva, for introducing me to the safe and wise place where the Light resides, the radiance of all life, the Voice that Speaks through us. If this was truly my Kenshō experience, a mere sliver of enlightenment, it is now to be followed by further training to deepen my insight, and my job now is to learn to express it in daily life.